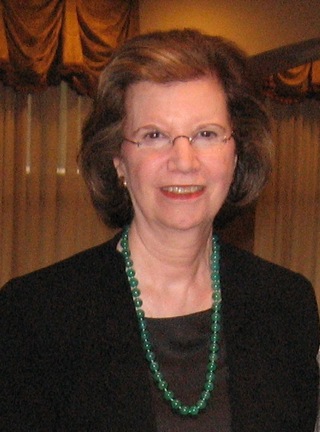 Milly Barranger is an author, educator, and producer and lives in New York City where she writes books about women and the modern American theater.

Recent books include Audrey Wood and the Playwrights; A Gambler's Instinct: The Story of Broadway Producer Cheryl Crawford ; Margaret Webster: A Life in the Theater; Unfriendly Witnesses: Gender, Theater, and Film in the McCarthy Era; Theatre: A Way of Seeing (seven editions); and Understanding Plays (three editions). She is coeditor of The Group Theatre: Passion, Politics, and Performance in the Depression Era by Helen Krich Chinoy; and coeditor of Notable Women in the American Theatre: A Biographical Dictionary; and she has compiled reference works on Margaret Webster and Jessica Tandy. She is at work on a book entitled The Group Theatre's Women: A Cautionary Tale.

She has lectured at the New York Public Library for the Performing Arts on Broadway producer Cheryl Crawford and on stage director Margaret Webster and the 1943 Broadway production of Othello with Paul Robeson, Uta Hagen, and José Ferrer.

The Group Theatre: Passion, Politics, and Performance in the Depression Era
Theatre historian Helen Krich Chinoy's unfinished manuscript on the Group Theatre (1931-1941)--three decades in the writing--has been edited by Don B. Wilmeth and Milly S. Barranger. It is a pioneering study of the Group's collective vision for a new kind of theatre and a new approach to an acting process called "the Method."
Audrey Wood and the Playwrights
The story of Audrey Wood is told through her interactions with her clients, now household names, whose works she steered onto Broadway stages. Among them were A Streetcar Named Desire, Tea and Sympathy, The Member of the Wedding, Bus Stop, and many more.

A Gambler’s Instinct: The Story of Broadway Producer Cheryl Crawford
When women producers were rare at mid-twentieth century, Cheryl Crawford pioneered as an independent producer on Broadway.
Margaret Webster: A Life in the Theater
Stage and opera director, Margaret Webster, challenged stage tradition and mainstream attitudes toward professional women at mid-twentieth century.